I Wish I Was Lonely: Distance and Connection

on September 01, 2013
If someone came along and wiped your phone of all its information would you let them? 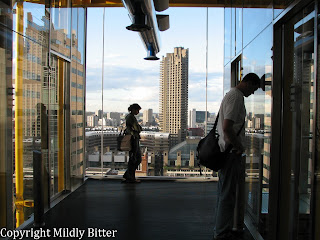 Furtive looks, sweaty, panicked hands clutching their technology lifelines, and then reassurance that in fact no one was going to wipe your phone of its information today.  But this was the beginning of a discussion about how our digital connectedness has consequences.  An informal, interactive show created by Chris Thorpe and Hannah Jane Walker, I Wish I Was Lonely, asked the question, what have we wrought with devices which keep us connected at all times? When there is no separation, can you ever actually miss someone? If you cannot miss someone, can you love them?

I Wish I Was Lonely was the first piece I saw at the Forest Fringe--a free festival of experimental works--and with the four pieces I saw it was a full day of conversation about connection.

This was the rare show were you were supposed to keep your cell phone on.   As phones rang in the room, people were to answer them as if they normally would.  Initially, we were given someone in the room’s cellphone number. We were to call that person and leave a voicemail, explaining why we “needed” our phones. Ultimately, the piece was a meditation on how social media has permeated our lives and the omnipresence of these devices.  Have we created false closeness?  Have we stopped being alone?  Is this a problem?

Chris and Hannah told stories about how phones can deliver bad news or provide a lifeline.   Not all bad or all good, the show makes you conscious of being present, being distracted, being with people but interacting with your devices instead of the person sitting across from you.  Placing calls to the people in the room, audience members had to engage with the artists.  And we listened, feeling personally drawn into the conversation.

Later the room was rearranged and we sat in a large circle and passed messages around to each other, hearing the phrases speed along the room and get mixed up as they went. As the odd American, passing along the phrase, "Get out of Liverpool, you cunt" had perhaps a different feel on my tongue.

I had seen a lot of what I started calling “micro-theater”—intentionally intimate works with a small scale goal—I Wish I Was Lonely wasn’t quite micro-theater since it had a loftier goal in mind and was dealing with epic themes, but I liked the intimacy of the approach. I thought the audience interaction was a critical component and an effective one at that.

After a week of sitting in darkened theaters, listening to stories (some good, some great, some painfully mediocre), I was not spending a lot of time with myself.  Distracted by the festival, running around to shows, hanging out with friends, and spending a lot of time thinking about theater I was in Edinburgh but I was not in Edinburgh with myself.  This show made me self-conscious of my habit of staying in touch with the other side of the world, especially when I am traveling solo.

I once stepped off a 25+ hour flight to Thailand to see a friend who had been living there and was all ready to tell her all about the things going on in my life. She stopped me and said, "I know all this. I read your updates on Facebook."  Suddenly the physical distance between us was not relevant and yet it was.  I never felt less connected to her as I did in that moment. 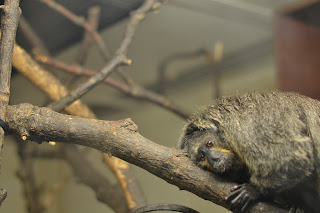 The artists in I Wish I was Lonely queried if we grab our phones to distract ourselves from boredom, loneliness, sadness, or pain are we actually feeling those emotions anymore.  Sometimes I think we are just time-shifting them.  Like jetlag, will emotional loneliness catch up with us like a wave when we cannot outrun it any longer.   Does that explain crying into large bowls of ice cream in front of the television at the end of the day?

As part of I Wish I Was Lonely, we took two minutes to just look at the person across from us—an intense, uncomfortable experience.  I tried to stay focused on the person's eyes.  But out of self-consciousness I noticed my eyes fluttering--glancing at his ears, his forehead, his lips, his smile.  Staring into his eyes for two minutes was nearly impossible.  Can't we just sit with someone for two minutes and just be?

Chris and Hannah then suggested we make a plan to meet that stranger—pick a time and a date and hopefully “tell us what happens.”  I hope I see David on January 1, 2015 at noon for a drink (or his daughter if he's not available).  We don’t have each others’ numbers. All we have is a plan. Of course as the show ended, David said, “I need to put that in my phone to remember it.”

I don’t trust my phone for things like this. I wrote mine down on paper.
Bitter Review Chris Thorpe Connection Edinburgh Fringe Forest Fringe Hannah Jane Walker Out Of Town Theater Technology