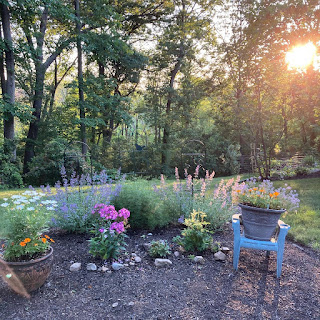 I finally left New York City to visit my family who I had not seen in person since Christmas 2018. It was pretty stressful.  A plane. An airport. Unmasked people. Just so many people. A random drunk woman shouting in my face that she had been stalking me. IT WAS A LOT.

The upside was, I also spent some time with some vaccinated friends from high school and it was good to see them and catch up. It has helped me start to be a little more social with vaccinated friends and adjust my boundaries as more and more mask restrictions disappear. I even had an unmasked friend in my house! Truly a lot of progress in the past few months…even if my pace is a lot slower than some.

As for K-dramas, I struggled to find some good ones. This has ended up pushing me deeper and deeper into the BTS black hole as I started to watch more of their content. I may never resurface. Goodbye forever.

I have not always quite understood the vibe of Lee Je-hoon. While I liked him in Signal, he wasn’t doing much for me in Where StarsLand. But I think Taxi Driver was a great vehicle for his talents.

He’s an interesting physical performer and action-drama really suits him. Some actors are all about the face, but Lee Je-hoon really thrives when he’s given the chance to use his whole body to express his characters. He’s ugly-pretty in a brutish way that also belies vulnerability. He has this husky whisper that is slightly terrifying and still alluring. I get it now. I'm a fan.

But what they are doing is clearly illegal and they are trying to stay ahead of the police and prosecutors, including Kang Ha-na (Esom) a prosecutor who has started to catch on to their scheme

The stories of the crime victims can be intense and the narrative is well-woven early on with intersecting story moments between these separate tales of revenge. At some point, the story shifts a bit and becomes a little bit like Con Air (a personal fave of mine, but maybe not the most subtle of choices).

While the show is intended to highlight injustice and play up the action, what makes this more engaging is the fact that it’s all this brute revenge with a deep empathy for victims and survivors. There is space made for the emotional toll that this violence has wrought. The consequences of the failures of the justice system and the consequences of revenge are all put forth.

There are also moments of real-life crime victims talking about serious issues with the Korean criminal justice system and ridiculously short statute of limitations for crimes. There are many people in Korea who have been unable to get any justice for their loved ones. So it is a show that may be a bit slick and stylish on the outside but it is getting at some societal issues not being addressed.

On my Lee Je-hoon kick, I decided to give this new Netflix series a try. It’s a tear-jerker for sure.

It is centered around a young man Han Geu-ru (Tang Joon-sang) who has Asperger’s who works with his father in a trauma cleaning service.  When his father dies suddenly, he is left with an uncle he’s never met before to be his guardian, Cho Sang-gu (Lee Je-hoon).

Cho Sang-gu is newly out of prison and cannot imagine why his late half-brother set him up in this situation. He’s angry and full of resentment for his brother but his nephew accepts the situation and in essence begins to train the uncle in the business. Slowly Cho Sang-gu’s past is revealed and why he’s carrying so much pain.

Each episode focuses on a death and the trauma cleaning reveals the details of that person’s life lived. With each life they clean-up after, they also witness, observe, and honor that person’s existence. Through this, little bits of the main characters lives come out too. The grief everyone is carrying is worked through.

It’s exceedingly well-structured but that was also why I was thrown when the show ended abruptly after 10 episodes. This may have been the result of COVID filming issues and not a production choice. But it was a hard one to have just fall off a cliff as I imagine we have to wait on a second series (which has not even been confirmed).

I have always enjoyed material that focuses on lives that might otherwise have been forgotten. Not all life stories are big, history making tales.  The small stories matter too.  I appreciated that they focused on experiences I have not seen a lot in K-dramas--a gay love story, a deported Korean adoptee. While I was frustrated with the short arc, each episode here is so well-crafted and the characters richly drawn that it’s worth your time.

To the Beautiful You

This is not a good drama but I watched the whole thing for Choi Minho’s face.

The short of it is, a girl, Goo Jae-hee (the late Sulli), pretends to be a boy so she can attend school with her hero a high-jumper, Kang Tae-joon (Choi Minho). She says she’s not in love with him. But she is obsessed with him and seeing him win because his prior win helped her feel better about herself when she was going through a difficult time (it’s a stretch, folks).

As usual with these cross-dressing dramas, one of Goo Jae-hee’s male friends starts to have feelings for her but not knowing she is a girl. This is a conceit that I find has aged poorly overall. This show starts with it being a joke (and a lot of very “no homo” kind of stuff) but then slowly we watch this young man embrace his sexuality proudly (even if it turns out he is not gay).

Ultimately the show gives you a lot of baby Minho being a brooding and wounded athlete who slowly falls for his roommate and biggest supporter who is pretending to be a boy but he knows to be a girl. If that's your thing have at it.

So I Married The Anti-Fan

I really adore Choi Soo-young, but this was unwatchable nonsense from start to finish. Yet, I watched it. There is no chemistry (she really tries hard). A lot of the plot choices make no sense. I did not think Choi Tae-joon had the charm to pull off his character. This was rough. Run away.